The Monster Wave of Getting Diagnosed

Jeff, a friend of mine who is an expert surfer, regularly travels the world to find monster waves. In 2010 he was on a remote island in Indonesia riding in the swell of 14-footers when he got too low in the barrel and it crushed him, snapping his hip in two. Dragged onto the support boat, he survived a jarring ride to shore. But that was just the beginning. There were no paved roads and camp was a mile away. After one truck got stuck in thigh-deep mud, another came to the rescue. Unfortunately, the tow-rope snapped, forcing a team of men to carry Jeff through the thick jungle to camp, where he was set down on the facility’s lone solid surface: the dinner table. 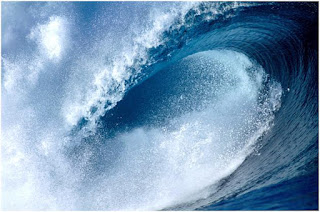 Fifteen hours later he was airlifted to a hospital, where doctors told him that not only was he close to death (he could have easily severed a major artery with too much movement) but that his hip needed multiple pins for him to walk again. I won’t even go into the complications, like waking up during the 5-hour surgery to the sounds of drilling or how it took five days of intense pain for doctors to realize that the epidural was inserted incorrectly. For over a year Jeff was virtually homebound and his future surfing escapades are forever on hold.* What does this tale have to do with MS? Well, on the surface, nothing—it’s just a hella-crazy story. But duck under the waves and you’ll see how this parallels those first days of getting diagnosed with multiple sclerosis.

This wasn’t supposed to happen, I know. You weren’t prepared for that monster wave. Yeah, I’ve been there. You feel like you are drowning in an ocean of uncertainty—what does your future hold? Will you still be able to do the things you love? Will you end up in a wheelchair? Dunno, dunno, dunno. I can, though, say from experience that it’s not worth dwelling over (certainly, for gosh sakes, not when you are in bed trying to fall asleep). You’ve been hit by that wave and nothing—nothing—is going to change that. Now dry off. You’ve got one hell of a life to live… just make sure that on those dim days when you need it, that dang epidural is inserted correctly. 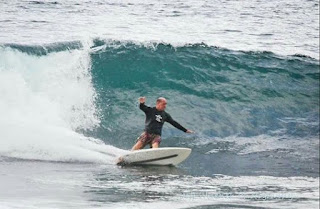 *UPDATE: After Jeff’s third operation, doctors finally concluded his femoral neck bone could not be saved. Eight more months were spent without a hip, requiring complete immobilization and an IV drip 24 hours a day. Two more operations followed including a full hip replacement. After being bedridden for a year, Jeff was demoralized, but he was not going to give up. His muscles totally atrophied, he spent the next year walking in chest-high water to build up enough strength to walk with a cane. But the waves called. Could he surf again? Day after day the former expert surfer watched beginners stand up on their first try—it took him four struggling months to accomplish the feat. He was not going to quit. In 2014, Jeff moved to Bali and started surfing every day. There were many times he could not get to his feet, but eventually he was catching waves on a long board, then a short board. Life has changed, but life goes on. “I still limp, I can't run, and I am in pain all the time, day and night,” Jeff says. “But I can surf, I can walk, and I am thankful for every wave… every step.”

Email ThisBlogThis!Share to TwitterShare to FacebookShare to Pinterest
Labels: Challenges, Coping, Getting Diagnosed, Surfing, The Future, What it's Like, Wheelchair

I’ve come to the conclusion that having multiple sclerosis can be really annoying sometimes—I know, shocking. And the annoyance level really ratchets up in the heat of the summer. Which is why I have a framed portrait over my fireplace, oh the irony, of one Willis Haviland Carrier, the inventor of modern electrical air conditioning. (Okay, technically it’s not over my fireplace. And truth be told, it’s a digital photo conveniently stored on a Wikipedia page, but these are unimportant details to our story. Let’s move along.) Anyway, I really needed Mr. Carrier’s help the other day when my sense of adventure collided with searing temperatures in a most unexpected way.
See, I enjoy the unusual, trying new things, taking risks. So when I got an invitation for a speakeasy-style culinary dinner, I was intrigued. A multi-course French meal followed by a series of French short films at a location TBD, accessible only to those with the secret password? Count me in. Days before the event an e-mail arrived with my codeword (“bon appétit”) and directions to the private home… along with the dress code: semi formal. Wait, this is New Mexico! Dressing up here usually just means wearing your nice shorts or putting on that one baseball cap you haven't sweat through yet. I haven’t worn a suit since my sister’s wedding, and she’s been divorced for a few years. I wasn’t even sure if I remembered how to tie a tie. This was to be an adventure indeed. 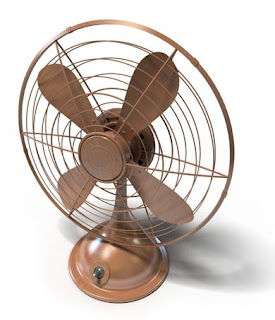 As it turned out, the tie got tied and the speakeasy house was but five minutes away. All that worry for nothing, I thought. And then we arrived. “Bon appétit! “ I said, as we were shuffled to the back of a home to dramatic views of the Sandia mountains, the city of Albuquerque, and a dozen tables set for a feast. Outside. In near record 101-degree temperatures. Where we were going to sit for four hours. I looked around at the other diners, most of whom were in short-sleeve shirts, and then looked at my reflection in the home’s windows. Beads of sweat were already dotting my forehead. But boy did I look good in my suit. The undertaker won’t have to do much at all to tidy me up for my upcoming funeral. I was doomed and the credit card was charged long ago, so bailing wasn’t really an option.
“Home, STAT,” I said to my wife. I had a plan, and it involved not wearing a tie. We rushed back to our house, traded my suit for something more climate friendly, and dove into the freezer for a cooling vest, which I wore under a baggy shirt. Did it look like I was sporting body armor? Yes, but we were going to a “speakeasy”; I was just dressing for the occasion, you know, in the event of a raid. When we got back to our gathering, the appetizers were just being served and no one paid attention to the barrel-chested, short-sleeved dude with forearm crutches. And I didn’t break a sweat again all night.
When you have multiple sclerosis, you often have to go to a Plan B. That’s life with this disease. The trick is how you cope with the situation—mentally you always want to have a backup plan. So if Eliot Ness crashes your party, especially one that was prepaid in full, you’ll be prepared to go out guns blazing.
Posted by Dave Bexfield at 5:50 PM No comments: 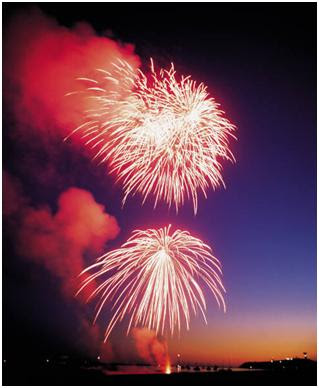 Independence Day. For some, the July 4 national holiday in America conjures memories of illegal fireworks, beer, and small brush fires caused by inebriated people lighting off said illegal fireworks. But for most Americans, it’s a holiday spent outdoors—all-day picnics concluding with dramatic nighttime firework displays.  How ironic that Independence Day highlights—more clearly than any other day of the year—many an MSer’s lack of independence. For those with heat intolerance, a full day outdoors in the middle of summer is about as appealing as a beer-battered dip in boiling oil (that’ll burn… but it’s a tasty burn). For those with fatigue, trying to survive all afternoon is tricky enough, but to make it through the late-night fireworks? Caffeine infusions aren’t enough. For those with bathroom issues, simply looking at the ubiquitous long lines at the port-a-johns are bladder daggers. And for those with walking difficulties, managing crowds of people, blankets, coolers, and the uneven, grassy field at your local park is nothing short of an impossibility. “Independence” Day? Oh, the irony indeed.
But wait, you can manage. As my physics professor used to say, just use your third floor. Think. If you want to see the fireworks, don’t burn all your energy on doing a BBQ for 14. Stay cool with icy drinks or maybe a cooling vest and umbrella. Limit walking (or scootering) and plan to sit at the back of the field on the edge of the grass. That’s also where you’ll find the lesser-used restroom facilities (and trees for that matter). Well, gotta run. It’s time to crack open a brewski and shoot off some contraband pyrotechnics in my backyard….
Originally posted July 1st, 2010.
Posted by Dave Bexfield at 9:50 AM No comments: