Supplements: A Cautionary Tale of Betrayal

When I heard the news, I was speechless. How could basic supplements cause this? About 80 percent of people with multiple sclerosis take vitamins and dietary supplements for their disease—so yes, I told my neurologist, I took a host of multi-colored pills every day. Fish oil. Glucosamine. Chondroitin. Daily multivitamin. Melatonin. Others…. “Stop them all immediately,” he said. So I threw each pill bottle into the trash, probably a hundred dollars worth or more. There wasn’t anything else I could do. 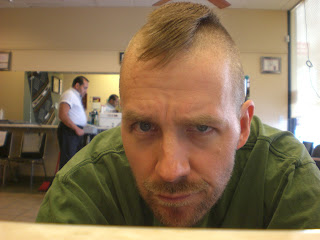 In the spring of 2009, my multiple sclerosis was behaving badly (imagine if Charlie Sheen and Lindsay Lohan went out on the town together). Two relapses in the past year and an active MRI had convinced my doctors that the Copaxone I was taking, which has worked so well for so many people, was just not slowing my disease enough. But there was a new drug in Phase III trials called alemtuzumab, a cancer drug also known as Campath, that looked incredibly promising for MS in early testing. Fortunately the trial was still recruiting—and I looked to be a perfect candidate.
I sailed through the battery of qualification assessments. All that remained was a simple blood test to make sure my body would have no problem handling the monoclonal antibody. And that’s when I got the phone call: there was indeed a problem. Several key values measuring liver and kidney function were low—below the minimum requirements for the study. Something was throwing my body out of whack. And that something was likely one of my supplements, the very supplements that I thought might help me with my disease. I was mortified. I did this to myself, and now my only hope to get into the trial rested on a retest in four weeks. 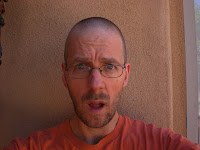 So I shaved my head (hey, I was grabbing at straws), stopped all supplements (which ones were the culprit I’ll never know), and waited impatiently for my luck to change. It didn’t. Although my numbers were improving, it wasn’t fast enough. My MS had turned aggressive—and now I was permanently excluded from a trial testing arguably the most potent MS drug in the pipeline (UPDATE: releasing soon under the drug name Lemtrada). Curse words and tears flew until I remembered there was one other clinical trial that I might qualify for—one that I had dismissed earlier as too crazy, too desperate. It didn’t seem so crazy or desperate anymore. And, it goes without saying, those supplements were staying in the trash can.
Originally published May 18, 2011, edited for clarity.
Posted by Dave Bexfield at 8:29 AM 5 comments: