The World’s Most Expensive Beer

The other day I got a $106 tab for a single beer. At first I was upset, even outraged. Unquestionably this was the most I had ever shelled out for a pint. Now don’t get me wrong, it was a good beer, even a great beer with its palate-waking hop kick, creamy thumb of a head, and the artful latticework of its Belgian lace. But it wasn’t worth $106. Honestly, it should have been far more expensive—at least $256. 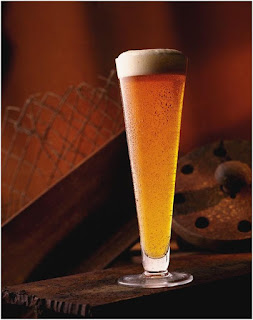 See Burlington, Vermont, is known for its delicious microbrewed beer. The city is also known for its lack of parking downtown during the height of tourist season. So when a space opened up directly across from arguably the city’s best brewery—a handicap parking spot no less—I deemed it destiny. Even though we had time for only a quick pint before our dinner party, we simply had to stop. You know where this is going.

In that half hour, my handicap placard weaseled its way off of our rental car’s rearview mirror in a feat rivaling Houdini’s famed suspended straightjacket escape routines. Either that, or Laura was right. In my haste to enjoy suds I hung the placard a bit too hastily, also known as complacent placard placing (CPP for short). My little white wheelchair dude was lounging on the passenger floorboard when we returned and a $100 ticket was dutifully sandwiched between our wiper blade and windshield.

That’s it? I spend almost that much to fill up the gas tank or go to the movies (granted, 3D with popcorn and drink, but still). That’s not a deterrent, that’s an insult to anyone who has lost a desperately needed parking space to a two-bit scofflaw.
I applauded the Burlington police department for giving me a ticket and told them so. I presented my handicap placard, explained what happened, and they thankfully waived my ticket. But I also told them those fees need to be higher. If someone wants to rob us, make the fine more than a slap on the wrist. Make it $250, or better yet $500. Make it hurt. Make it memorable. Make it so it never happens again.
Email Post
Labels: Beer Driving Handicap Parking

Dr_Boost said…
Lol. I thought that you were going to say that you bought a bottle of Sam Adams Utopias. But a good story none the less. I agree with you that the fine for parking in a handicap spot SHOULD be much more than $100. I've known people that have been tagged in major cities for much less and it cost them WAY more.
October 4, 2012 at 9:58 PM