The Buzz of Hope

Sometimes you can feel the buzz of hope, that overwhelming sense that life is going to get better, that the future is brighter than the sun itself. I’ve felt it before, in 1993, when my wife and I visited South Africa and unknowingly witnessed the final breaths of Apartheid. 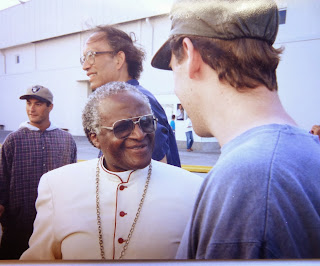 It would have been easy to cocoon in the picturesque harbor of Cape Town and watch the daily migration of clouds lift over Table Mountain. But our experience there unfolded in unexpected ways as travel often does. A visit to the vast Khayelitsha township—300,000 living in makeshift ramshackle homes—as part of Operation Hunger. A friendly chat with a black South African followed by an equally friendly handshake—it was his first conversation with a white person. Even a chance meeting with archbishop Desmond Tutu, recipient of the Nobel Peace Prize, on a day when sickness left little opportunity for exploration. 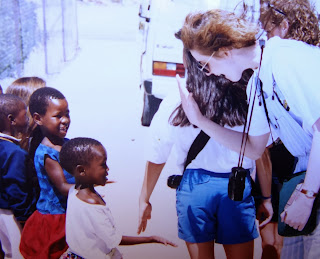 And through it all there was that buzzing. That buzzing. You would have felt it, too. It was inescapable. Barely a year after our visit, Nelson Mandela would be elected president, Apartheid would be over, and the country and its people would be changed forever for the better.
With the passing of Mr. Mandela, I am reminded of that overpowering feeling of hope. And lately I’ve been feeling that same buzzing. Now hold your horses, naysayers might say. It’s just the paresthesia from my multiple sclerosis or that L’Hermittes zap that comes from tilting your head down. Perhaps it’s a little cog fog delirium brought on by this disease. But they would be wrong. There is no doubt that the buzz is there. A buzz in the MS research community that a breakthrough is on the horizon. Maybe not this year or next. It hasn’t reached the crescendo I felt in Cape Town, but it’s building. It’s definitely building. Do you feel it?
Email Post
Labels: Cognitive Issues Hope Parethesia The Future

Jeff Gillis said…
I feel it too Dave!

At my recent appointment when I brought up the momentum I am seeing with stem cells, my neuro even mentioned that he thinks we may have something in the next 5 years (and that is coming from a "traditional" doctor).

This has been a truly transformative year for me - for the first time in 10 years, my MS is starting to affect my daily life (mostly fatigue/walking related), which has caused me to assess my lifestyle and make some serious changes. I have changed my diet and exercise routine and am finally addressing some issues I have related to anxiety and stress that I have been suppressing for years. My MS is causing me to really look at my life in ways that I never did before and I am ready for whatever the future brings. That, combined with the new sense of hope regarding these advancements we are all reading about and things are looking great!
December 10, 2013 at 11:24 AM

Jeff Gillis said…
Regarding stem cell therapy, Richard Cohen is blogging about his experience in the clinical trial being done by the Tisch Center. Here is a link to it: http://richardmcohen.com/
December 13, 2013 at 11:35 AM