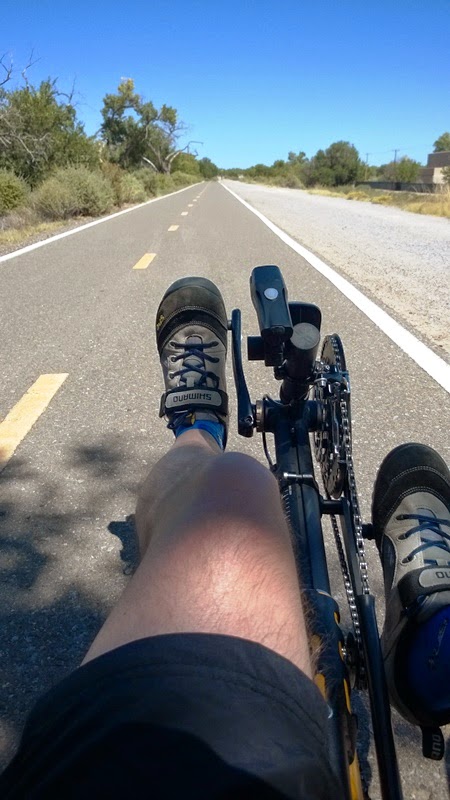 This past weekend for the first time in more than half a decade, I was spending the afternoon on the bike trail. And admittedly it was thrilling to take in all the scenery that was passing me by… uh, quite literally passing me by. I was passed by teams of spandex-clad cyclists with matching road bikes. I was passed by friends out for a leisurely Saturday ride. I was passed by an overweight dad on his son’s too-small squeaky mountain bike. (Admittedly, at this this point I started looking over my shoulder for grandmothers riding fixies festooned with baskets and bells.) “On your left” was the repeated refrain. And I did not care. I finally was cycling again… with my wife, outside, on a brilliant day. 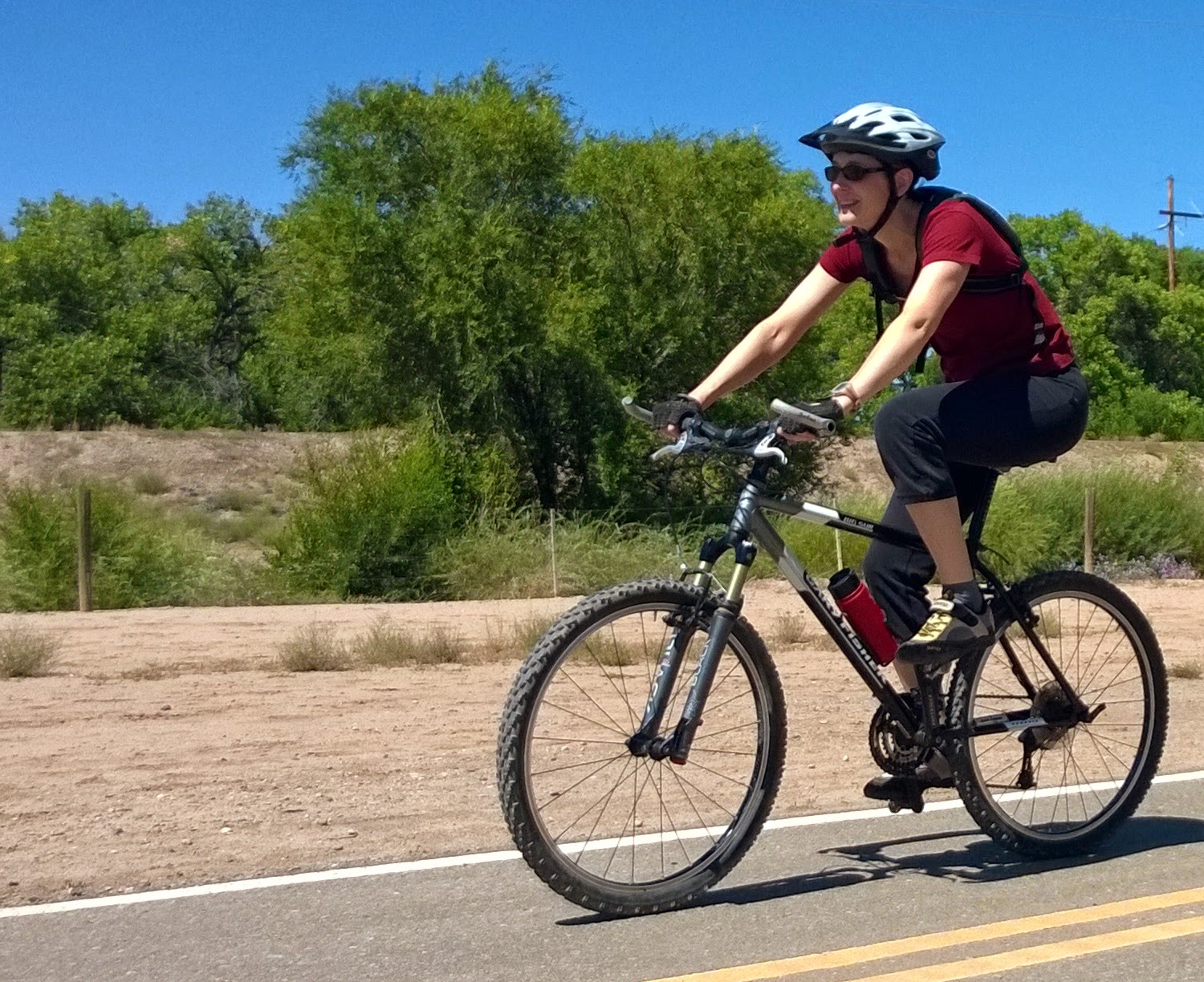 Sure I was traveling at a speed more accustomed to joggers. I pedaled up tiny hills at such a lazy pace that the sun’s position in the sky visibly changed before summiting. Heck, to keep pace with me when she wasn’t sprinting ahead to get a little exercise, Laura nearly had to pull trick-riding moves to balance on her two-wheeler. In the past, this might have frustrated me immensely. After all I used to be a regular cyclist, even organizing special event rides on this very trail (e.g., Bike for a Burrito, slogan “it’s a gas”).
Over time, though, I’ve learned that when you have multiple sclerosis, there is little to be gained by bundling valuable energies into mourning the body of your past. Savor the present instead, and turn shortcomings into opportunities.

On this afternoon I was going so slowly, I could stare down animals along the trail that in the past would have skittered for shelter as I romped by. I could overhear curious kids squeal to their parents to look, loook, LOOOOK at that cool bike and how badly they wanted one. I could daydream to the hypnotic fishing-reel tck-tck-tck of the rear hubs when I coasted on the flats. And I could marvel as future Olympians steamrolled down the trail directly toward me. Egad, daydream over!
Seriously. Long-distance runners from the women’s 2016 Japanese team were training that day, taking advantage of Albuquerque’s mile-high altitude and perfect 70-degree weather. Coaches, each laden with a half dozen stopwatches, monitored their every step. Members of the squad kindly nodded my direction as our paths crossed. Perhaps one day I’ll have to learn how to say “左手に” to pass these marathoners while speeding along on my trike, but for now I’m quite content to be the slow dude on the right.
Email Post
Labels: Adapting Advantages of MS Adventures Challenges Cycling Exercise Staying Active

Dave Bexfield said…
Thanks for inspiring the headline and theme for this blog, Jim!
September 16, 2014 at 9:23 AM

Anonymous said…
Do you have electric assistance when you choose? Did you use a coolvest? X
September 16, 2014 at 11:57 AM

Dave Bexfield said…
Pam, no electric assist. Probably one of the reasons I was pretty slow. And yes for the vest, even though it wasn't a particularly warm day.
September 16, 2014 at 12:00 PM

Veronica said…
Boy, can I relate! And I mean the whole story.....we're slow as molasses ( well, I hope we at least beat out the syrup!!) but "trike grinning" the whole time. Isn't it wonderful....I thank you for initially talking about these as I really had no clue.... My big perk yesterday riding was a boys' running club going by me . I saw the lead kid put his hand down so as I passed he could just silently "slap me five". Loved it... "You da Man, Dave!" Can't say it enough!
September 16, 2014 at 1:39 PM

Dave Bexfield said…
Veronica, I just wish I had followed my own advice a few years earlier. I've so missed the trail! Runners can speed at a pretty good clip, some 15 mph if really chugging. I'd need a good hill to keep pace with those guys.
September 16, 2014 at 1:50 PM

Dave Bexfield said…
Thanks for giving me persistent shoves, Larry! It's as fun as I remembered.
September 16, 2014 at 2:26 PM

Anonymous said…
Great post, really enjoyed reading it and viewing the pics!
September 17, 2014 at 5:11 AM

My Odd Sock said…
Very cool ride!
Didn't you ever fear being lunch for a mountain lion?

Dave Bexfield said…
MOS, my cooling vest would have been a touch challenging to chew through, so I wasn't overly concerned. And I'm not sure if I was "sitting" in the saddle... more like comfortably reclining. Beer, Fritos, and an episode of Breaking Bad on my cellphone would make it perfect, but Laura would likely frown on such additions.
September 23, 2014 at 9:14 AM

Important question. How do get out of that tryke? I can't do a situp, but I can pedal fine. I am thinking of getting a recumbent tryke in the spring. Any comment would be appreciated.
October 3, 2014 at 4:21 AM

Dave Bexfield said…
Alexander, the trike can be fitted with grab bars to help you pull yourself up. But this is something you'd absolutely have to test in the store before buying. A delta trike, with two wheels in the back and one in the front, is far easier to get in and out of, but isn't quite as nimble or stable due to its higher position. That might work better for you.
October 20, 2014 at 9:20 AM